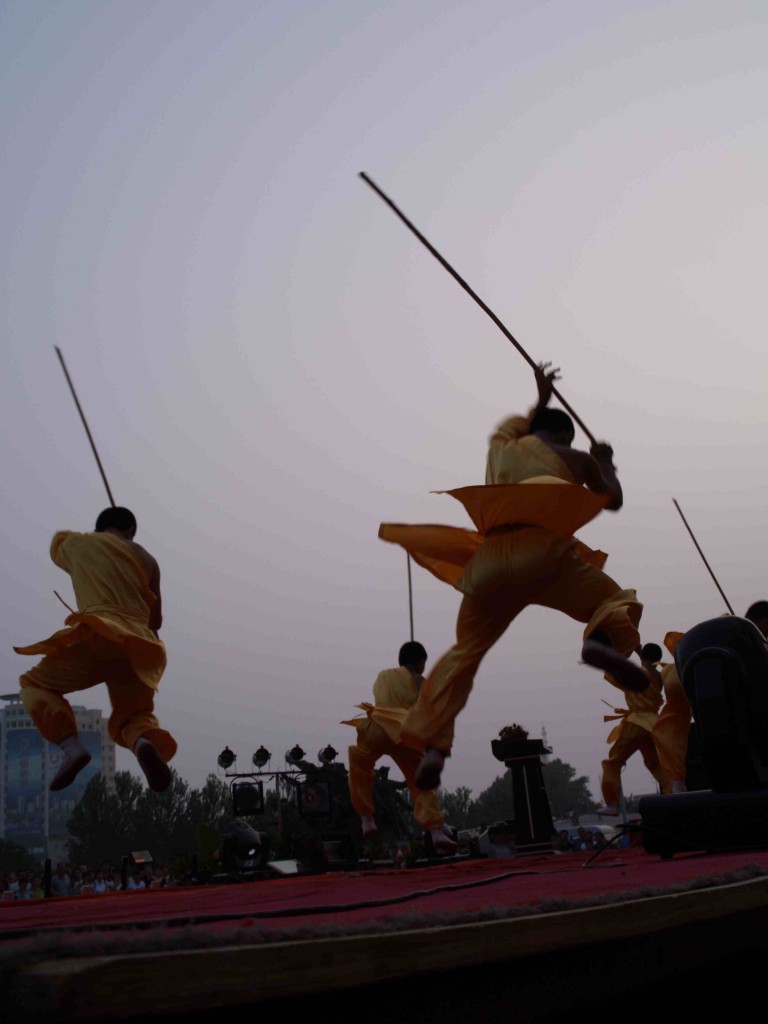 Five weapons, chosen out of 120, to make the body stronger through different levels of difficulty. Born as tools used by peasants in ancient China, now these dreadful weapons are intended to lead to a new state of balance and coordination.

Shaolin Martial Arts have a heritage of more than 120 weapons. In fact, all weapons seen in martial arts styles across the world originally come from Shaolin temple. Peasants in ancient China used to manufacture a tool made of two sticks joined by a chain (or rope) to use it for grass-cutting and it was the first Shuang-jie-gun (which in Chinese means literally two sticks – gun “kun”- joined by a chain). The name Shuangjiegun then became “Nunchaku” for the Japanese culture and today is considered the main name for this weapon. Like the Shuanjiegun, most of Shaolin weapons comes from rural usage, given that peasants could only rely on their own tools in event of an attack by thieves and bandits. They then realized how efficient they were and started to develop new techniques.

Heart of the Orient has selected five of these weapons for you to master your favorite weapon, and also to improve your concentration, since handling a weapon requires lot of focus in order to avoid self-injuring. Also, mastering a weapon may not have a practical application in real life, but it’s important to remember that weaponry in Shaolin Gongfu is meant to be an extension of the fighter’s arms, so virtually any tool found in case of danger can become an extension of an already trained body.