If you’re not afraid to challenge yourself, if you want to learn how to give your best, if you want to train to overcome even the most difficult situations, come to our Dojo.

For however long you train here at our Academy, you will be committed to learn to master your body and your mind, to learn discipline and respect, and to defend yourself and others: a difficult task, which does not allow indecisions and weakness.

Time flies when you train at our Academy, but value remains.
Because the dignity of a Shaolin Warrior will make you approach life with another style.
Because your skills will be exalted forever.
Because your preparation will always be by your side, wherever you go.
Because when your time comes, there won’t be excuses.

Where all Traditional Martial Arts come from. Shaolin Kungfu will train your Body and Mind to conquer your fears

Quick but effective techniques offering, especially women, the fastest way to be self-confident and handle potential situations of aggression. 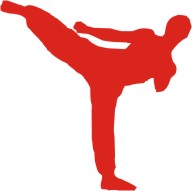 The essence of Shaolin Kungfu training, put in practice

Five Chineseweapons weapons, chosen out of 120, to make body stronger through different levels of skill. 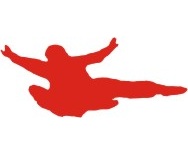 Falling in order to prevent injury, jumping longer or higher to avoid obstacles, controlling the body in any condition is the aim of this class, and having fun is the best part of it!

Baji Quan (Eight Extremities Boxing) is a well-known fighting style known for its direct and powerful striking and it's suitable to everyone.

BMC is an essential part of training in martial arts that targets both bones and muscles in order to harden them like a rock.

Considered the mother of all martial arts, Taiji quan differs from other styles of Martial arts because its practice looks more a gentle exercise rather than a routine that requires physical effort.

The hardest among Chinese Martial Arts styles, Drunken Fist Boxing aims to get the enemy distracted through irregular and off-balance movements.