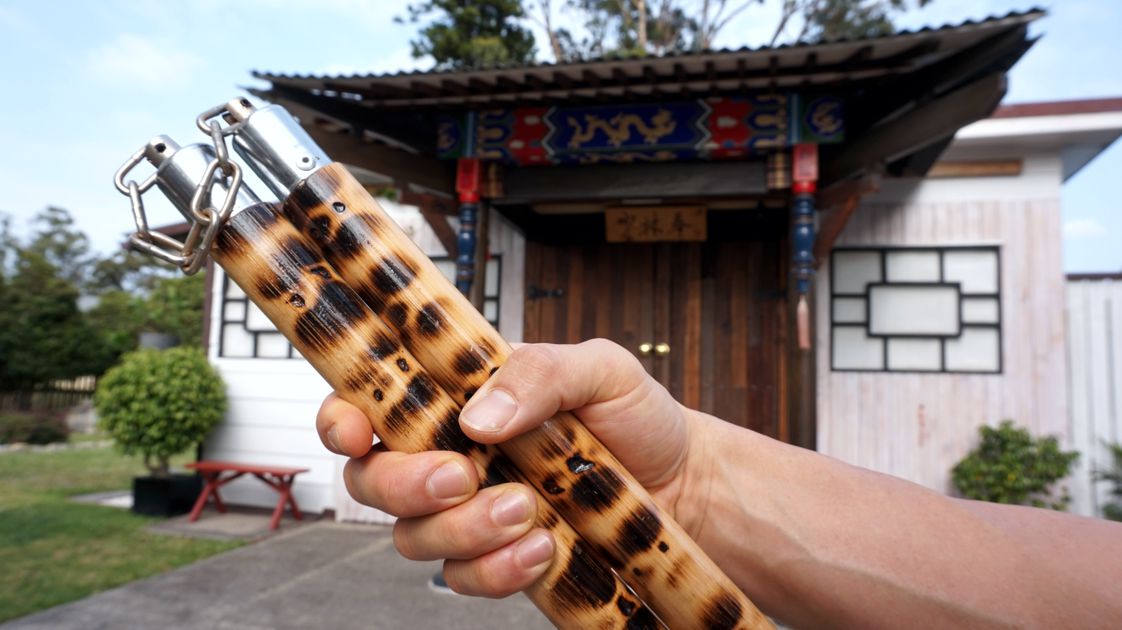 Peasants in ancient China used to manufacture a tool made of two sticks joined by a chain (or rope) and use it for grass-cutting: it was the first Shuang-jie-gun (which in Chinese means literally two sticks –gun “kun”- joined by a chain). The name Shuangjiegun then became “Nunchucks” for the Japanese culture, and today’s “Nunchucks” is considered as the main name for this weapon. 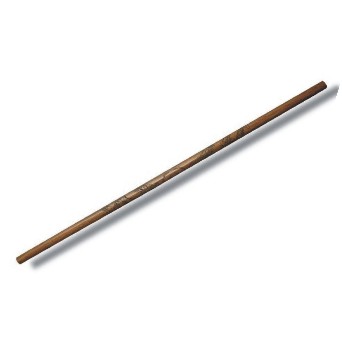 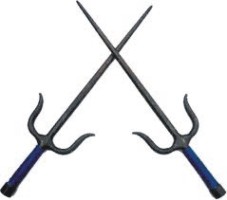 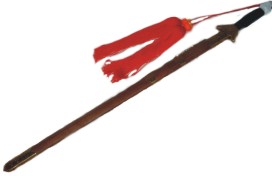 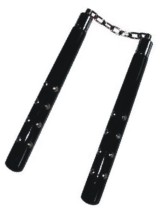 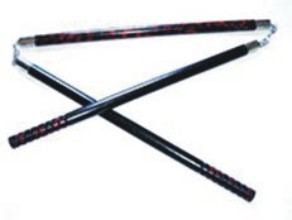